Congratulations on taking this important step investing in yourself, your business, and your career!

Whether you’ve worked with a coach before or not—our job is to make this process as comfortable and successful as possible for you.

We are a seasoned team with more than 100 combined years of experience and we can’t wait to partner with you as we take your vision and venture to the next level!

Epiphany is a national award-winning creative agency. Its team is composed of professionals with over 100 years of combined experience. Epiphany was created to support the creative. We help you craft and share your amazing story while honing your message in addition to your physical and audio presentation and style. Our team comes alongside you with the goal of assisting you in taking your product, passion, and project to the next level. To act as a true partner with you and your mission. To ensure your vision’s success.

Everything you need to get started in this packet!

You have a story to tell and a message that you want to share with the masses. You are in a position to tell that story and carry that message to a world that utilizes formats that assure your appearance is not only documented—but permanent. There are no retakes of a live and/or recorded event, interview, or speaking appearance. Footage and audio are not forgiving. Neither are the memories of your audience. Film and the internet are poised to control your message—unless you take action. You want to be ready when the moment arises, not fearful of forgetting a key point due to time, nerves, or an unfortunate mishap. Life in the limelight is thrilling. But it can also be terrifying bringing with it situations that can launch a career and reputation or end it.

Stories can be told well, or they can fall flat. The same with laugh lines, critical key points and essential information. Knowing your point and staying on message does not just happen. It takes calculated strategy, technique, and practice. Stories must build in a crescendo and bring the point clearly home to the listener. A skill that can be crafted, honed, and mastered. But it takes commitment and time.

Our story crafting and presentation coaching experience is about preparing you to not only feel in control of your moment and message but to allow you to enjoy the experience rather than fear it. A presenter should never feel they can “wing it” when presenting. Your message must be clear, intact, and ready for those who will hear it. The feeling that you can enter and exit a situation with confidence and ease is possible. By leaving nothing to chance, you can know that your message has been vetted, honed, is ready for the public arena, and can be delivered to your audience with the expertise for the intended response and call to action. Our goal is to leave you feeling self-assured, prepared, and relaxed—ready to take the stage! 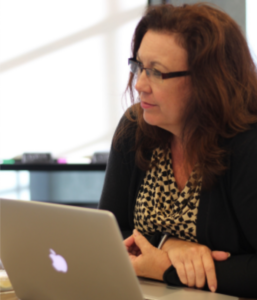 A native of Southern California, Stephanie Huffman began singing with a 17-piece stage band at the age of 16 with Ira B. Liss. She studied professionally at the Dorothy Chandler Pavilion, the Lee Strasberg Theater & Film Institute – Method Acting School and Dupree’ Dance Academy in Los Angeles. She also received her Bachelor of Music degree from the University of Redlands in California. She is an award-winning stage actress and voiceover professional who has been a proud member of the Screen Actors Guild (SAG) since 1985, having appeared in film, radio, and television with appearances on the QVC Shopping Network, the Armed Forces Radio and Television, and more. She brand-managed the Telly award-winning teen reality TV show, TruthQuest: California, has recorded two independent inspirational music projects, and has performed at various venues from San Diego to Spain. She is the author of the book titled When You Grow Up and Get Single and is the host of The Better Brew Podcast. Stephanie is also the owner and founder of Epiphany Creative Services LLC. She and her Black Labrador Retriever Bosco, along with her Great White Pyrenees Bailey, reside in Nashville, TN.

Below are some frequently asked questions. Should you have any additional questions, please do not hesitate to connect with us at: info@your-epiphany.com

What tools will I need?

If you are not based or accessible to the Nashville area, you will need to have a laptop or computer that is able to utilize the ZOOM software program. In addition, you should have a fully functioning email account and phone. And you are good to go!

This whiteboard session will focus on our getting to know you, hearing your passion and vision and determining your immediate goals and needs. You will be introduced to the Circus Tent and the JigSaw puzzle exercises, which will allow you to begin crafting your story and message!

Each session is 1-hour in length. Sessions are held by Zoom or in person. You are welcome to schedule all of your sessions in advance and up front if that is helpful to you. We highly suggest this method, as you will want to see how these sessions look over time in your calendar in regards to your activities and availability.

May I call you or communicate with you between sessions? If so, how does that work?

Clients who pay in full at time of package selection receive additional access to their coach. We understand that your schedule can be very demanding and in need of our flexibility. We work to meet those demands as our schedule allows. We welcome your emails, texts, and phone calls, and work to be available to you as we understand that opportunities and needs arise for you suddenly that are critical to your career, your message, and your success. Additional time with your coach outside of sessions is welcomed and will be billed at the going hourly rate.

Do you offer in person sessions at my office or location?

Requests for your coach to travel to your location will be considered on an as available basis. A travel fee will be applied. In the understanding that time away from our offices is billable time that is lost on the road, in addition to the rise in fuel prices and the challenges of local traffic, fees are based as follows: Car travel within 10-mile radius $50 USD each way, within 10-15 miles radius $75 (USD) each way, 15 miles and beyond to be quoted at time of request. Flight travel quote upon request.

What if I miss or forget a session?

If you are more than 15 minutes late or miss a session completely, we simply ask that you check our availability and reschedule at a time that works best for you. Missed sessions without an 8-hour notice will incur a cancellation fee of $125.