Gen Z and What We’re Hearing

Got a Millennial in your life?

Why you’ll need that Millennial in your life…just about now.

You’re just now feeling like you’re getting a handle on understanding that millennial in your world—and here comes Generation Z. If you aren’t familiar with them, it’s time to crash study. As of this past graduation season, they are entering the workplace and you’ll want to be ready.

So why, then, are you going to need that particular Millennial now more than ever? Translation. No, seriously!  You will need them to help you translate what Generation Z is saying and in turn, what you are hoping to say or relate to them.

And just what exactly is Gen Z? Well…here’s what we are being told: 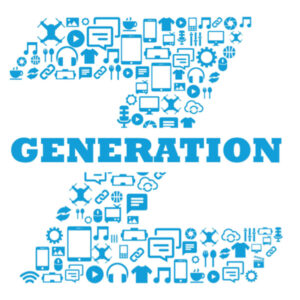 Demographers and researchers are using the mid-1990s to mid-2000s as starting birth years. Basically, between 1995 and 2010, which means that the oldest are about 22 and are just now entering the workforce.

And get this, they comprise about 25.9% of our population, making them the largest generation ever! Who knew!

Now that we have that fact out of the way, what you really want to know is how to work with them, and well…what to say or not say? Let’s start with this.

Security, for one. Remember, they grew up in the Great Recession at the beginning of this century. Therefore, they have a need, not only a want, of money. That’s due to the fact that they watched their parents struggle during that time. (Think 2008!)

You can take it to the bank

They want to make a difference. One great story is of a teacher in Ohio who was thrilled to offer her college freshman students some “extra credit” for 10 hours of extracurricular “give-back time.” One of the new students, about 19 years of age, raised her hand to ask if the hours she spent on the 501c3 she founded and ran could count towards those 10 hours. (Heck, at that age, I honestly don’t remember if I even knew what a non-profit was!)

They don’t want to just be a part of your company or business, they want to be a changemaker within it. (Hint: Those changes you’ve been thinking about implementing? Put a Gen Z task force on it now and watch it happen—fast.)

How do they differ from Millennials? 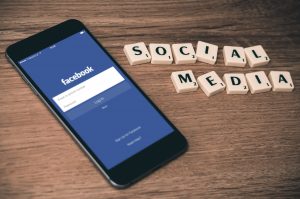 First of all, they have never known life without the internet, touch screens, social media, apps, and video.  Making them tech dependent.

The more going on in the background, the better for them. (Placing them in isolation of any sort probably won’t work well.)

And, they are used to constant updates and incoming information 24/7, so they have come to expect that environment. (Note: if you don’t have your internal communication where it should or could be, now would be the perfect time to up your game in that regard!)

Everything is about video. So if you want to onboard them, train them, etc., think video!

We are being told that they are more entrepreneurial with 55% of them more likely to start their own business. One particular stat shows 72% of high schoolers at this time (Gen Z) making that claim.

It seems they multitask a bit better than Millennials and can switch between tasks quickly and with ease. They don’t freeze or get “stuck” or need time to process as much.

They crave uniqueness and the opportunity to express it.

So, about that Millennial…?

Gen Y, or Millennials, were born between 1980 and 1994, meaning, they are currently between 25-39 years old. This is the time they are carving out their careers and staking their claim.

They were pre-internet, but learned and grew up with technology as it rolled out. The best part, they are not so far removed (as those of us who had to go to the library to get information for that paper or report.) They can speak the language, as we say and potentially work as your in-house translator. 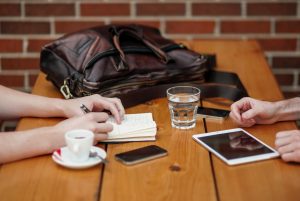 With that, you might want to hug a Millennial today. Take them to coffee or lunch and let them know you’ll be looking to them as you navigate the new Gen Z waters that will soon be flowing into your office or environment. Who knows, you might actually end up not only liking each other better but (gasp) respecting and needing each other! (Well, it is a thought.)

At Epiphany, we are pleased to have created a team that is comprised of those ranging from ages 20 to 50…and we like each other! Not only that, we work and play well together.  As you know, our job as a creative service agency is to not only understand the trends but to try and stay ahead of them on your behalf…which we believe, in the end, benefits our clients.

Just my thoughts on this very sunny summer day.

Here’zzzz to you and wishing you a very lovely weekend,

Are you receiving the latest blogs, updates and more from Epiphany to your inbox? If not, why not do so now? Simply click here and sign up today!