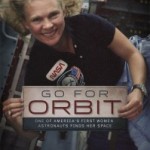 Go For Orbit Takes Gold at

Epiphany Creative Services founder and CEO, Stephanie Huffman, whose creative team designed, produced and continues to handle publishing and marketing needs for Go For Orbit attended the ceremony in order to receive the award on Dr. Seddon’s behalf.

“This is truly an honor for our team. When Rhea came to us, her memoir resided on yellow legal pads. To be trusted with her story, to assist in bringing it and her brand to life and now to see both acknowledged is not only exciting but humbling. Ms. Seddon is truly an American success story and one that deserves to be told.” Huffman said.

Over 1,400 applications were received by IBPA’s Benjamin Franklin Awards, which included over fifty categories recognizing excellence in book editorial and design. It is regarded as one of the highest national honors for indie publishers and self-published authors.

Go for Orbit was published by Your Space Press, the publishing company founded by Dr. Seddon, under the leadership of Epiphany’s team, while undertaking the journey of writing her memoirs. Dr. Seddon envisioned the star and streaks of the astronaut symbol intertwined with the international women’s symbol to create the Your Space Press logo. Once overlaid, the two create a strong combination that shows Dr. Seddon’s passion for space and the desire to help women around the world reach for greater heights in their personal and professional lives.

News from the Epiphany Creative Services| For information contact: